Scientists from all over the world have predicted that if we do not move to greener sources of energy, and if we don’t do it soon, we do not have a lot of time left on the planet. Some news articles even claim that we only have 12 years left to make some serious changes.

Since the beginning of time, humans have exploited the earth for our needs, and this has caused irreversible damage. Polar ice caps are melting, the rain-forests are disappearing, and the ozone layer depletion is causing the earth to get warmer every year, causing sea levels to rise.

In such a bleak scenario, new jobs are coming up in the scientific community that focus solely on making the world a safer place and helping the planet recover. Renewable energy jobs are more important now than ever and up next we’re going to tell you all about them.

Renewable energy institutions that focus on reducing the footprint of industries have developed a process that reduces the amount of carbon that is put out into the atmosphere. This process is called carbon capture.

The basics of carbon capture are that it stops the carbon from being released into the air. It is collected at the source and then disposed of safely or isolated. Carbon capture can also be used to scrub carbon dioxide from the air as a geoengineering technique.

This field has seen an increased number of jobs in the last few years due to the urgent nature of the work. You can read more about this field here.

Carbon capture is not an easy procedure and is more of an academic process than a mechanical one. Hence, the education requirements needed for this field are very high.

Several jobs require you to have advanced degrees like PhDs in environmental engineering, biochemistry, and chemistry. Even Analyst jobs in the field require Master’s Degrees.

As these jobs require advanced degrees, the salaries reflect the skills required for them. Because of the niche nature of the job and the various positions associated with them, it is difficult to find an accurate number for the average salary in the United States.

Since this is a niche field, searching for jobs in this area might be a bit more difficult than the average profession. However, you can always look online for options.

LinkedIn is the world’s biggest recruiting site for employers and job searchers alike and has Carbon Capture jobs listed as well. Check out Carbon Captures Jobs on LinkedIn.

With Google Jobs, you can check out job listings from the world’s best recruiting sites. Check out Carbon Capture Jobs on Google.

For the United States, Indeed is a great option for looking for jobs, and you can filter out jobs based on location, experience, and pay. Check out Carbon Capture Jobs on Indeed.

Carbon capture is an important scientific development and we need it now more than ever. With news articles every day bringing us information about how more rainforests are disappearing and how ice shelves are collapsing all over the world.

The world needs to take a step back and give the earth time to recover. If you are interested in pursuing a career in this field, we hope that this article will help you move toward a career that is fulfilling and essential to the existence of us and our fellow species today. 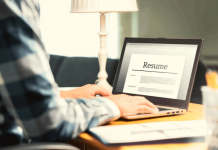 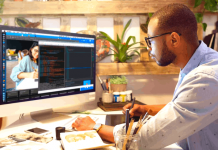 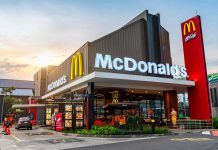