The US President is the most important person in the United States of America. However, the First Ladies are also under the spotlight, and people have always watched them closely. They have always been respected by the nation for their gorgeous style, wonderful dresses, and how they behave in the world.

Over the years, there have also appeared some controversies regarding the fashion style adopted by First Ladies, and that’s because everyone keeps an eye on these women. Nonetheless, politics and elegancy can combine, and the First Ladies of the United States have proven that over time.

Once Dwight D. Eisenhower won the elections, Mamie Doud showed her passion for fashion. She also loved to host parties and wear dresses made by Mollie Parnis, Trifari, Scaasi, and Sally Victor. At that time, people “crowned” her as the best-dressed woman.

Undoubtedly, Jackie Kennedy is the most famous First Lady, and not because of the assassination of her husband, JFK, the President of the United States. She was appreciated for her style, too. In fact, Jackie and John Fitzgerald were considered the most fashionable couple of that time, even before JFK became the President.

The people were already way into TV and movie culture back then, so Jackie turned into an international trendsetter quicker than other First Ladies. Her dresses and jewelry became one of the most exquisite fashion choices of that time. She mainly collaborated with the famous designer Oleg Cassini.

Gerald Ford was also one of the most popular US Presidents. His wife, Betty Ford, however, became famous for her feminist activism. Also, she founded the Betty Ford Center, which is one of the most well-known clinics. While she wasn’t too much into showing off wearing costly dresses and jewelry, her style was appreciated.

Her somewhat simple appearance set the trends for regular women who couldn’t afford to wear expensive gowns and accessories. She amazed everyone by choosing not to wear white during her second wedding with Gerald Ford.

However, Betty Ford looked fabulous in her dark-colored wedding dress. Also, Betty and Gerald had to delay the wedding as he was running for Congress, and he was worried about the public opinion regarding his marriage to a divorced woman.

The wife of George W. Bush, Laura Bush, amazed everyone with her red, crystal-embedded dress during her husband’s first inauguration. Similar to her mother-in-law, Barbara Bush, a former First Lady herself, she also wore pearls. When George W. Bush was elected for his second mandate, after 9/11, she changed her appearance.

She wore a blue and silver gown enriched with Austrian crystals. Even though she could wear shiny dresses rich in glowing crystals or pearls, she appreciated the simplicity. However, Laura Bush, one of the most elegant First Ladies, has always kept her spark. “Less is more,” they say, and this quote applies to Laura perfectly.

Helen Taft was the wife of the US President Howard Taft. The two married in 1860 after a few years of dating. After Taft won the elections, she became the first First Lady to stand by her husband during the parade. During the inaugural ball, she amazed everyone in attendance with her gold-embroidered dress.

Unfortunately for her, Edith met her husband, Woodrow Wilson, while he was already in the office. Accordingly, she didn’t have the opportunity to wear an inauguration gown. However, the story of the two is rather sad rather than riddled with luxurious outfits.

Edith was a widow who also lost her son a few days after birth. She met and eventually married Woodrow after he also became a widower. People started questioning their relationship, some saying that the two had met and begun dating before the death of Mrs. Wilson.

She was the wife of Warren Harding. The two met and married when Warren was the owner and head of the Marion Star newspaper. Florence was considered the true leader of the newspaper. Her involvement in political issues has only proven her brilliancy and leadership.

As for her fashion choices, Florence was renowned for her parties, where she used to wear silk neckbands and elegant gowns. Her social life earned her the nickname “The Duchess.”

While Calvin Coolidge was only an attorney, he met and married Grace Anna. Even though Grace Anna’s mother objected to the marriage, the couple continued their love story.

Calvin preferred things stately, in accordance with the White House environment of those times. At Calvin’s 2nd inauguration, the couple attended private soirees to celebrate the win. For Grace Anna, that represented an occasion to wear a stylish, golden dress, enriched with velvet-trimmed metallic lace.

Across the US, women viewed Lou Henry Hoover as one of the best-dressed women in the country. Obviously, she remained in history as one of the most elegant First Ladies. Even more, her style was so appreciated that she became the first First Lady to appear in Vogue.

She preferred to collaborate with American-based designers and clothes producers instead of wearing dresses from abroad. Lou’s inaugural dress was a stylish silk crepe evening one.

Up till now, Eleanor Roosevelt has remained one of the most popular First Ladies of the United States. Even though she did not wear a $46,000 dress, she dressed well. However, she has never been passionate about fashion or expensive gowns.

Despite that, Eleanor amazed everyone with her slate-blue crepe dress. Later on, that specific nuance of blue got the name of “Eleanor Blue.” That’s quite something!

President Henry Truman and his wife, Elizabeth Wallace Truman, knew each other since childhood. Elizabeth showed no interest in politics, but she respected the duties of a First Lady as a hostess. Henry Truman became President after the death of Roosevelt when the US was part of World War 2. Accordingly, Elizabeth chose to wear a dark dress matched with a fur cape.

Lyndon B. Johnson became the President of the United States after the horrible assassination of JFK. Accordingly, the inauguration of the new President was no party at all. So, Lady Bird chose a yellow gown made by John Moore for the event.

Richard Nixon became the President of the United States during a difficult time. Across the United States, there were several movements opposing the Vietnam War and blaming the country’s leadership for the assassination of Martin Luther King. At the inaugural ball, Pat Nixon wore a yellow dress, enriched with gold and silver. Otherwise, Pat Nixon chose simple, but stylish dresses.

At the inaugural ball, President Jimmy Carter’s wife, Rosalynn Carter, decided to wear a dress that she had already worn before when her husband was only Governor. That happened because the US was going through a financially tough period.

George H.W. Bush was the Vice President during the Reagan leadership. Accordingly, he and his wife, Barbara Bush, were already used to the events and balls at the White House. When Bush became president, Barbara was a bit older than the other First Ladies before.

At the inaugural ball, Barbara Bush wore a royal blue gown of velvet and satin, designed by Arnold Scassi. The message couldn’t be clearer, given the fact that Sacassi had a tradition to design for the First Ladies—the couple wanted to appear as a traditional White House couple.

Ida Saxton McKinley has remained in history as the First Lady with a unique style and taste. She was way into the fashion trends of that time, but she also managed to bring her own touches.

Ida Saxton McKinley’s style was represented by standing collars and the introduction of chiffon. Ida was definitely a classy woman and was not afraid to add her signature to her outfits, making them look unique.

With appearances in Leslie’s and Harper’s and Washington Post for her gorgeous gowns, Frances Folsom Cleveland Preston was considered a trendsetter of her time.

At her wedding, Frances “wore an enchanting white dress of ivory satin, simply garnished on the high corsage with India muslin crossed in Grecian folds and carried in exquisite falls of simplicity over the petticoat,” as  the Washington Post wrote back then.

Caroline was deep in fashion and trends. She was one of the most praised First Ladies for her outfits. Her attire at the inaugural ball was stunning. However, what made The Philadelphia Times name Caroline as an example for American women was the acorn on the back of the First Lady’s gown, which symbolized Indiana, the state of her origins.

President Arthur’s wife, Ellen, lived when the First Ladies of the United States were not under the spotlight too much. Even though she didn’t have the chance to wear a $46,000 dress, she was stylish. However, back then, President Arthur was the one praised by everyone for his outfits. All that for good reason—the man had style!

Any list talking about the style of the First Ladies of the United States should also regard the very first First Lady—Martha Dandridge Custis Washington, the wife of the first American President, George Washington, the father of the nation.

Dolley has a pleasant character, and she won the hearts of the people. She was warm and had great hospitality. The wife of the fourth American President wore a buff-colored velvet dress during the inaugural ball, which was enriched with pearls and matched with a turban with feathers.

Considered by historians as a genuine fashion buff, Julia was the first of the American First Ladies to be seen as a celebrity at the White House. She fell in love with John Tyler after the death of her father during an explosion on the USS Princeton.

The two married that year. Julia loved to be under the spotlight. The newspapers also loved her, and she loved being part of their coverage.

At Yale Law School, in 1971, Hillary met her future husband and President of the US, Bill Clinton. The story goes like this—he was looking at her at the library, and Hillary decided to go to him to chat.

They married three years later. Hillary Clinton was one of the most elegant First Ladies, but fashion was not her only interest. She was also into politics, and she even joined the political scene and ran for the presidency.

Both Nancy and Ronald were actors. Nancy was an actress in the 40s and 50s and used to date some renowned actors. She met Ronald in 1949 when he was the head of the Screen Actors Guild. The two married in 1952, in Los Angeles, while she was already pregnant.

Nancy Regan wore a simple but stylish dress at her wedding. She represented one of the best-dressed First Ladies of the United States, but also one of the most lavish ones, according to some. For instance, Nancy Reagan wore a $46,000 dress during the inaugural ball in 1985. The dress was designed by James Galanos, and some say that the designer spent 300 hours on that gown. 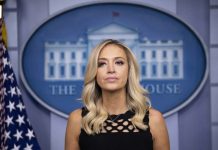 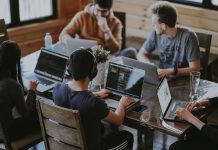 How to Become a Salesforce Developer 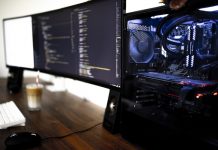