Applicants, who applied for SSC CHSL Exam 2020, are now informed here that they can Download SSC CHSL Syllabus 2020 pdf for the upcoming LDC and DEO exams. The written test for Data Entry Operator and Lower Division Clerk is going to be held in a few days. Hence, they can get the Paper Pattern for their upcoming papers in both Hindi and English. Read the following information in full.

Staff Selection Commission is the authorized body that governs the Recruitment process under various departmental vacancies. Combined Higher Secondary Levels exam is also one of the processes. Under CHSL, there are two main posts that applicants apply for every year. 12th Passed candidates can easily apply for these LDC and DEO posts. Those, who applied for the same this year, are now looking for Syllabus. SSC 10+2 LDC DEO Exam Syllabus Pattern Hindi 2020 is being described here. Read the subject wise details that are important for your written test that is about to follow. SSC CHSL Preparation Books PDF Free

As per the recent updates, Staff selection commission will undertake and organize the written examination process for the DEO and LDC posts. The examination will be taking place at various pre-decided centers and locations across India. Now to clear the exams, it is more important for candidates to know about the important topics from the exam point of view. In the SSC CHSL Syllabus 2020 pdf in Hindi below candidates can check the below-mentioned contents. Download CHSL Admit Card From Here

Syllabus Status: Given Below

In this paper, there will be an Essay and Letter writing passage involved. You can start your test with any of the following sections given in the below table.

The minimum Qualifying Marks in this test is 33% for all the categories. Marks of this paper will be calculated in preparing the final merit list of qualified candidates.

In the End, there will be a  Skill Test/Typing Test (Get more details regarding this via official notification).

The second stage will be a Skill/Typing test. In this test, applicants will be asked to type a passage in the English language with 2000-2200 strokes per key depressions within a time-span of 5 minutes.

This test will be available both in Hindi and English.

As we know there are no criteria for passing every single subject separately in this test, hence if you want to crack the overall tier-1 we advise you some important tips and tricks. First of all, candidates have to manage the total 75 minutes between all the 4 subjects like:

We hope you get all the suitable and better detail here on this section subject wise. If you still need some kind of support from us regarding paper pattern, last year question paper, previous year paper then tell us through comment.

Get 10+2 LDC DEO Paper Pattern and Syllabus in Hindi now: 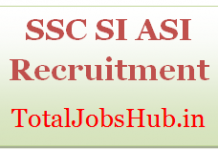 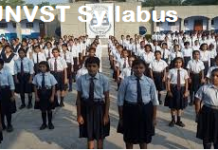 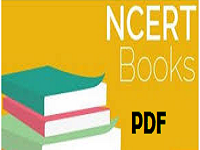