The Kar Power Corporation Ltd issues another press release about the conduct of a selection test for various posts. After a postponement of the selection test for a set of a proposed number of vacancies of JE, AE, Chemists, and Chemical Supervisors, KPTCL is going to reschedule this exam in upcoming days. For those willing to participate in this selection test, need to follow the KPTCL Hall Ticket 2020 link mentioned in here.

There are several positions with respect to the vacated job positions issued in an advertisement floated previously. Karnataka Power Corporation Limited is an enterprise owned by the State government and is headquartered at Bangalore. The authority administers placement and appointment of eligible employees in the departments and units owned by the firm.

Being a state-owned body, the rules of recruitment apply as per the state government accordingly. The following news has been put in place to inform the candidates who applied for Junior Engineer, Assistant Engineer, Chemical Supervisors, and Chemist posts.

Besides the basic information regarding the applicants, this KPTCL Hall Ticket 2020 bears the official details as well. Such a piece of information includes the Date and timing of the test, reporting time, identification of candidates, photo and signature, center code, and noteworthy instructions for the examinees. In the upcoming days, the recruiter shall also be releasing further notices that hold importance for the contestants from the viewpoint of this written test. Don’t Waste time get More KPTCL Recruitment News

Earlier in January, this written test was held for the same number of vacancies which got canceled due to official reasons. Later on, the authority decided to re-conduct this selection test setting new and improvised parameters. Hence, the next update to be out pertaining to this exam will be of KPTCL JE AE Admit Card 2020. Karnataka Bank Vacancy

The dedicated applicants have been keeping an eye on the latest information about all the upcoming news and notices in this reference and they must adhere to the recent most alerts being produced here. Karnataka Police Jobs

As stated earlier in the job proposal, there are lots of vacancies to be filled in the state-owned units where the written test is rescheduled to occur at Bengaluru, Belgavi, Ballary, Mysuru, Kalaburagi, and Shimoga districts. Further statements pertaining to this test will be subject to appear in the official receipt of directives from the recruitment firm on behalf of the state government and shall be conveyed through the mainstream media to the general users. Updated Jobs for KAR TET Notification Pdf

Be informed that related information shall surface on the official web portal of the kar Examinations Authority. The test is going to be delivered in two languages Kannada and English. This exam is having objective type questions that need to be answered within a time limit. Prior instructions must be read by the examinees before leaving for the examination and all the essential documents and identity proofs must be kept secure and tidy so as to present the same timely at the entrance of examination hall. KPSC Assistant Engineer Jobs

Refer to “www.kea.kar.nic.in” for confirming notices and latest developments relating to the exam and the ongoing recruitment. Use a recently highlighted link to reach the applicant’s login page and put your correct credentials in the login form. get the KPTCL Hall Ticket 2020 Pdf and use a separate copy of it to present it to the examiner and or the invigilating authority. 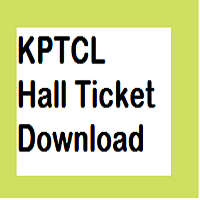 The Kar Power Corp Ltd published the KPTCL Hall Ticket 2020 JE AE anytime now. Competitors need to search the Karnataka AE JE Admit Card 2020 by using the web portal which is specially constructed for only our dear users. The next notice shall be released right after the issuance of official directives with respect to the examination. Please stray tuned with this academic and career news portal and stay updated. For further news and alerts, visit the key web media mentioned through a validated and approved link below.